Birth of an Industry

The phrase “necessity is the mother of invention” can be attributed to many of the innovations across the world throughout time.  It is expressly apparent in the birth of the self-elevating vessel (liftboat) market that is a staple in the offshore oil and gas and windfarm industries.  With its roots in south Louisiana, the liftboat market started with the need for vessels not subject to the impulses of wave action.  Elevating above the water, these vessels could minimize the vast amount of downtime waiting for Mother Nature by providing a safe and stable working platform for a multitude of operations.  Traditionally, the liftboat market predominantly serviced the offshore oil and gas industry, but over the last few years there has been a shift toward utilization in the installation of offshore windfarms.  With the US targeting the development and installation of utility-scale windfarms in the next few years, the birth of a whole new US windfarm industry may be on the horizon.

Supreme Integrated Technology (SIT) has been engrained in the liftboat industry as a premier system provider for jacking systems used to elevate the vessels.  Huber Inc., a predecessor of SIT, provided its first jacking system in the 1980s. After completion of the first vessel, Huber would go on to provide jacking systems in varying capacities for over 50 vessels, all manufactured in the US.  SIT, a company formed by former members of the Huber leadership team, in 2013 successfully acquired the assets of Huber, Inc. to secure the knowledge base and market presence that the team had built previously while at Huber.  In 2016, SIT and its sister company Hydraquip Custom Systems Inc. (HCSI) successfully completed a merger with the assets of HCSI coming under SIT to more effectively take advantage of the existing synergies between the two companies.  With the merger of SIT and HCSI, many of the international vessels using HCSI-provided jacking systems would now be assisted by SIT.  Jacking systems have been provided collectively by SIT and its predecessors in numerous volumes, with many of these vessels operating today in the oil and gas and wind energy markets.

According to market research, as of June of 2015, there were around 309 liftboats built or modified in US shipyards.  Of those 309 vessels, SIT and its legacies had supplied jacking systems in varying capacities for over 90 of these vessels, nearly a 29% market share of the entire US-built fleet of liftboats!  In addition to the jacking systems, SIT has expanded the scope of supply by also providing several vessels with various  systems for steering, ballasting, propulsion, thrusters, and more.

SIT also boasts a considerable market share of the international liftboat market.  SIT estimates that of the over 100 vessels that have SIT-provided or legacy jacking systems onboard, between 25% and 45% are currently in service outside of the US.  With these vessels operating in the waters of the US, Mexico, Middle East and Northern Africa, South Africa, Southeast Asia, Europe, and the North Sea, SIT is truly a global system provider.  SIT has even developed a network of equipment providers and service specialists to continue to allow SIT to provide the highest quality support for its systems in nearly everywhere in the world.  SIT is very excited to see what the future will bring for liftboats in both the offshore oil and gas industry and the offshore renewable resources industry.

My Intern Experience at SIT 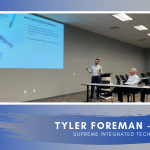 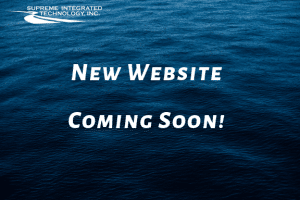 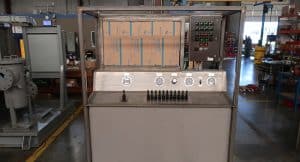